The newest Fortnite update is rolling out and seems like it makes some big content changes. Epic Games have also made some competitive changes include special weapons’ return, adding some new items to the Funding Stations for players to contribute to and decide which item gets unvaulted next, Shield Bubbles or Balloons. No updates from the warfront, however--looks like the battle between The Seven and the Imagined Order continues to rage over at Tilted Towers. Before one of these protective items is unvaulted, you’ll have the opportunity to try out both in the wild. Find Shield Bubbles and Balloons scattered throughout the Island from Friday, May 13, at 9 AM ET to Monday, May 16, at 11:59 PM. Not too long after this trial period ends, you can vote for your favourite choice by contributing Bars at Funding Stations. The first item that reaches 100% Funded will swiftly enter the loot pool! 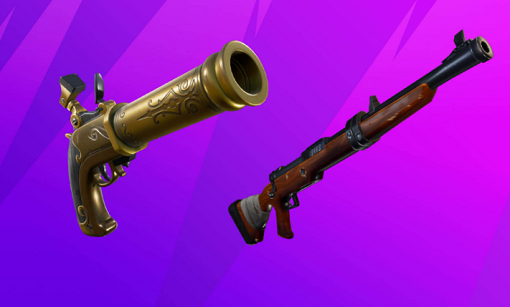 About Hurting Riffle, “the rarities can go up to legendary which we've never seen before with a new design and a new look to the hunting rifle green doing 76 rare doing 80” Ali-A said. He also mentioned secret challenges about Klombo, actually one of them just picks up ten Klombo berries and there are combos in all the different locations under the map, if you find them you will get 10 000 xp and complete the secret quest. Another combo secret mission added this week, you'll find out later.

But regarding Fortnite Competitive, there hasn't been a season that has completely satisfied the community since its inception. Whether it's weapon meta, damaged items, or map changes, there always seems to be a complaint.

Still, in the era of summer skirmishes and the World Cup, plus much of Chapter 2, most players still had a good time. It's clear, however, that the overall mood has changed dramatically over the past five months or so.