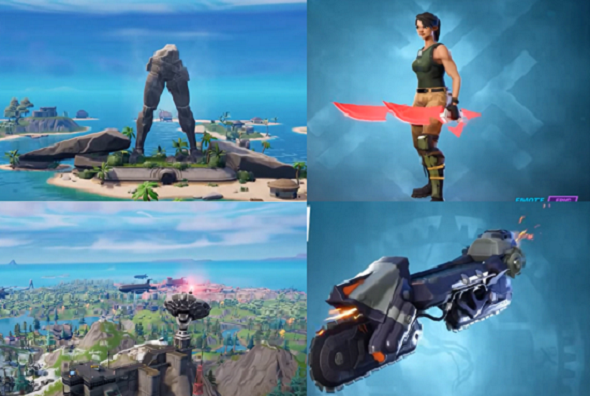 Fortnite Chapter 3 Season 2 Update is here, the most eye-catching are Doctor Strange, suki and the Seven related skins and weapons. The battle pass will let you unlock Doctor Strange—eventually. First, you have to unlock six other characters, though one of them, Tsuki 2.0, does get immediately unlocked once you've bought a battle pass. The map also has big change like egotistical statue of the foundation has finally been destroyed as the io declare war on the loopers and the seven his torso is no more laying in ruins on the beach; a communication tower has been erected by the rear entrance and on top new screens can be seen on these monitors which could as the season goes on give us clues about the story of Fortnite. More new content can be found by logging into the game. 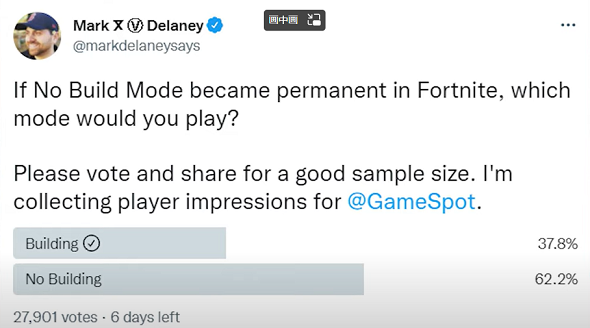 And the event that everyone is very concerned about now is No Build Mode. The news was reported by Fortnite leaker Hypex, who seems to have managed to get into the new season a little earlier, or perhaps found the file through datamining. The notice says "All battle, no building. Building has been wiped out. It's up to the Resistance to get it back. Jump in with your squad and help The Seven uncover the Imagined Order's nefarious plan". We all know building in Fortnite is such a unique mechanic which other shooting games don’t have. But as shown in the figure, some players may think that playing the board is difficult or the new mode is more exotic. For starters, building isn't disabled in competitive and arena playlists, team rumble, creative islands, or Save the World. It's only disabled in the default mode if you simply fire up the game and play, and it's only a temporary change. To rebalance around it, players can now essentially parkour across the map.On the defensive side, in the absence of instant walls, everyone has an overshield. It sits on top of your regular shield and health, and can replenish even if it drops to zero.